BACKGROUND ON THE BALLOT QUESTIONS ON THE 2010 VIRGINIA BALLOT: 2nd POST 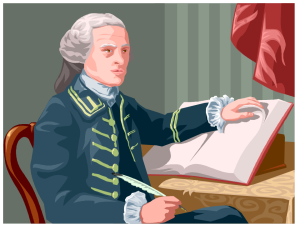 On October 12th, I posted BACKGROUND ON THE BALLOT QUESTIONS ON THE 2010 VIRGINIA BALLOT. That post discussed three questions you will on the November 2nd ballot. These “questions” are about three proposed amendments to the Constitution of Virginia (see here). Since relatively little has been written about the ballot questions, lots of people will go to the polls not knowing about these questions, and many will vote thoughtlessly. Please do your best to prevent that by passing the word.

What follows is a survey of some of the latest articles that have been written about the ballot questions.

On November 2, 2010 Virginians will be faced with several seemingly innocuous but fatally flawed ballot questions, primarily dealing with various facets of taxation in the Commonwealth. At hand are three constitutional amendments, which appear on the ballot following a multi-stage approval by the Virginia General Assembly, as follows: (continued here)

In “Down- ballot” issues may surprise voters Nov. 2, the LoudounTimes.com describes the proposed amendments and talks about the politicians involved. The debating points here are offered up in the comments.

In DON’T BE A STUPID VOTER!, Citizen Tom suggests voting “NO” on all three amendments. Here is what he says about voting ignorantly.

On November 2nd, we will have the opportunity to vote on three proposed amendments to the Constitution of Virginia. If you are unwilling to take the time to study these changes carefully, then please do the rest of us a favor

According to the Franklin News-Post, Veterans’ groups support constitutional amendment.

In Also on the ballot next week are constitutional amendment issues, HoodThunk? offers sometimes lukewarm support for the amendments. He likes the tax exemptions, but is not so sure about increasing the size of the rainy day fund.

In A few thoughts on Va. ballot measures, Norman Leahy, writing for the Washington Examiner, backs up Rob Schilling’s opposition.

Charlottesville radio host Rob Schilling makes an interesting case against the three ballot measures that Virginians will have a chance to vote on next week. He calls them “…bad news for liberty loving Virginians, and if passed, they will result in greater state control over our everyday lives.”

It’s enough to make one believe the state intends to take away our guns, liquor and SUVs. But it’s really something far more subtle: it’s a case of the state seeking to pull heartstrings and appear magnanimous to some while sticking everyone else with the bill. (continued here)

In addition to information on the ballot questions, we at the Prince William-Manassas Family Alliance also provide a voter guide. Please see VOTER GUIDE for the GENERAL ELECTION, NOVEMBER 2nd 10th and 11th DISTRICTS, U.S. HOUSE of REPRESENTATIVES.)

This entry was posted in Citizen Responsibilities. Bookmark the permalink.

3 Responses to BACKGROUND ON THE BALLOT QUESTIONS ON THE 2010 VIRGINIA BALLOT: 2nd POST