DO YOU VOTE FOR GLAD-HANDING POLITICIANS? 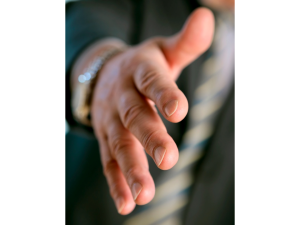 What is the meaning of the expression “glad-hand”? I checked four sources online. Here is my favorite.

warm hearty welcome; warm welcome but in many cases insincere; warm handshake that may be insincere

give a person a warm handshake that may be insincere; welcome warmly

In 2 Samuel 15, we learn what happened when people listen too enthusiastically to a glad-handing politician, someone who did nothing more than tell them the words they wished to hear. His name was Absalom.

1 After this, Absalom provided a chariot and horses for himself, and an escort of fifty men. 2 He would get up early and go and stand by the road at the city gate. Whenever someone came there with a dispute that he wanted the king to settle, Absalom would call him over and ask him where he was from. And after the man had told him what tribe he was from, 3 Absalom would say, “Look, the law is on your side, but there is no representative of the king to hear your case.” 4 And he would add, “How I wish I were a judge! Then anyone who had a dispute or a claim could come to me, and I would give him justice.” 5 When the man would approach Absalom to bow down before him, Absalom would reach out, take hold of him, and kiss him. 6 Absalom did this with every Israelite who came to the king for judgment, and so he won their loyalty.

Instead of shaking hands — glad-handing as we do today — Absalom kissed those he wish to impress. Thus, with many insincere kisses and a few insincere words spoken again and again for four years, Absalom patiently built a following. Then, when he felt strong enough, he staged a rebellion. He started a civil war that resulted in many deaths.

Absalom’s followers chose him because the liked him. They never demanded demonstrated competence and sincerity. Thus, when they gave Absalom great power, they achieved nothing more than a pointless and bloody failure.