THESE ARE NOT ISSUES FOR CHRISTIAN CHURCHES? 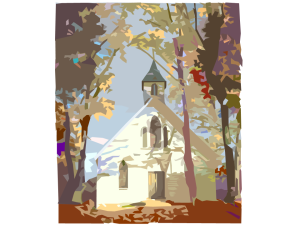 There is this constant but misleading refrain that originated from a Supreme Court decision.

The First Amendment has erected a wall between church and state. That wall must be kept high and impregnable. We could not approve the slightest breach. (from here (en.wikipedia.org))

Congress shall make no law respecting an establishment of religion, or prohibiting the free exercise thereof; or abridging the freedom of speech, or of the press; or the right of the people peaceably to assemble, and to petition the Government for a redress of grievances.

So why should Christian churches should take an interest in politics? Consider the questions we are asking the candidates running for seats on the Prince William Board of County Supervisors => County supervisor survey–Family Alliance. What are some of the issues we address?

17 Iron sharpens iron,
So one man sharpens another.

The Bible teaches us to work together, to love each other enough so we can carefully discuss important matters without unnecessary conflict. Currently, we are in the process of getting the candidates participating in the June 11th primary election to respond to our surveys. On Monday we will provide a list of the contested elections in Prince William County. We need your assistance in encouraging the candidates to respond to our surveys. With your help we can get timely responses from the candidates and distribute informative voter guides for the primary election on June 11th.

Thank you for your assistance.

9 Responses to THESE ARE NOT ISSUES FOR CHRISTIAN CHURCHES?