A POTENTIAL BOND REFERENDUM FOR THE NOVEMBER 5, 2019 GENERAL ELECTION 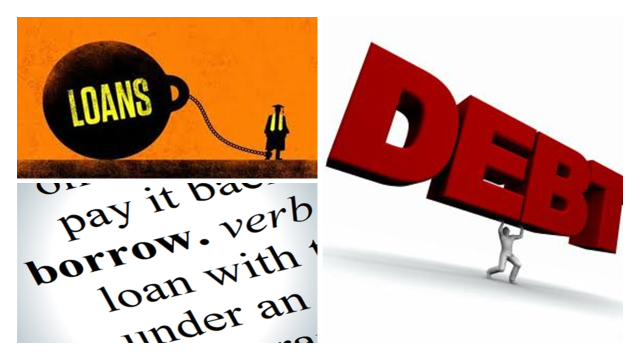 Borrowing money for capital investments isn’t necessarily a bad idea, but the payoff should be obvious and risk needs to be carefully assessed. What is the worse case scenario, and how likely is it? Can we afford the loss?

Where can the good citizens of Prince William County start? Our Board of Supervisors is considering borrowing $600 million for parks and roads. Here is some information from the county’s website.

Is the bond referendum a good idea? What does our local pundit/journalist class think?

Surprisingly, there has not been more news coverage. One would think $600 million in local spending would interest people. However, our government spends so much of our money that even $600 million in spending does not garner much attention, except from those people who see something in that spending they want personally. This observation points to the fundamental problem with government spending. When we spend our own money on ourselves, we each tend to be careful to get what we want for the lowest possible price. On the other hand, because politicians spend other people’s money on other people, too often their priority is maximizing their influence with their cronies and their donor base. Whether they waste taxpayer money or actually get exactly what people need is not always their greatest concern.

This is why it is not a good idea to just give politicians our money and let them spend it. When it is practical for us to buy things we want with our own money — when we want those things badly enough — it is far less expensive for us to pay the bill ourselves. When we allow our leaders to spend other people’s money on other people, we give our leaders an incentive to spend our money to buy votes. Furthermore, we give our leaders a tool for using our money to reward their cronies, including their donors. That’s why government redistribution of the wealth — any form of it, even making people pay for roads they don’t use — is problematic. If we don’t want to violate each other’s rights, we must minimize the use of government power.

So is this bond referendum a good idea? What are the pros and cons? To ascertain the pros, we just have to review the long list of items the county promises to buy. How badly do we need these things? How long can we afford to wait?

What about the cons?

So should we put that $600 million bond referendum on the ballot this November and vote for it? Well, we will not take a position here for several reasons.

What does the Bible say about debt? Contrary to what some say, borrowing is not sinful, but the Bible does not encourage it. Here are several references.

Note that these references that deal with borrowing as a personal matter. When politicians borrow money in our name, that makes each of us responsible for paying off the debt. However, debt does have national consequences.

When we borrow to excess, that is not a good sign. The Bible teaches us that when the people of Israel put their faith in God they were able to rule themselves. They could rule themselves because they allowed God to rule over them.

1 Response to A POTENTIAL BOND REFERENDUM FOR THE NOVEMBER 5, 2019 GENERAL ELECTION