DIY: NOT A HOME DEPOT PROJECT, EITHER! 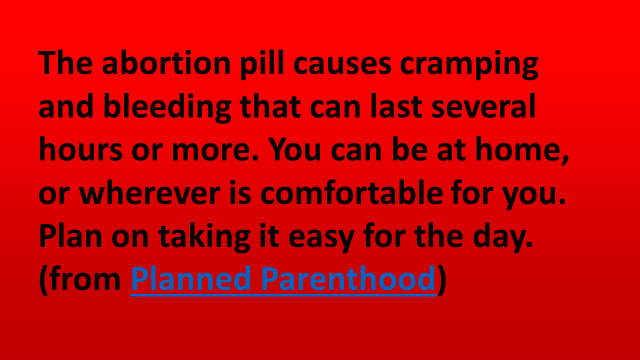 Statistics prove that the number of abortions performed in the US declines annually. Abortion center business is going down! Never let it be denied that extremists capitalize on every problem and opportunity to introduce a new level of degeneration to move their agenda forward.

Before 1973 and Roe v. Wade, women often resorted to DIY abortions by whatever means worked. Some jumped or fell from great heights to induce a miscarriage. Others probed themselves with coat hangers, while still others swallowed gun powder, turpentine or tansy oil, often ending up with horrendous complications. Women who were desperate to rid themselves of a baby did desperate things to make it happen.

In fact, that’s why many people rationalized the SCOTUS decision as good, because women could legally have a safe surgical abortion. Or at least that’s how it was touted!

Currently, women fear exposure to COVID-19 if they travel to an abortion center, even crossing state lines to get there. They will be a ripe target for an easier way to achieve the desired end: Do It Yourself! At home.

The tricks of the trade have changed, though. No more coat hangers or jumping off piano benches! Now activists want to legalize abortion pills! Targeted countries to start the new plan include Germany, the UK and the US!

Here is how the scenario might go in the near future:

A pregnant woman (doesn’t matter how far along her pregnancy is) consults with her primary care physician by telephone or videoconference. No hands-on exam necessary. Then her doctor calls in a prescription for abortion pills to be delivered to the woman by mail or pick-up at the pharmacy. She ‘simply’ takes the pills and excretes the baby into the toilet or wherever she is when it leaves her body.

Sounds simple and appealing doesn’t it? So easy, also. A woman desperate to be rid of an unwanted pregnancy could get pills and abort her baby in the privacy of her home and no one would ever know.

The issue of chemical abortion by medication is not really as simple as it sounds! The next several articles in this series will examine the ramifications of legalized abortion via pills. Making RU-486, now commercially called Mifeprex, easily obtained even over-the-counter (OTC) may be on the agenda for the new Congress and Senate after November elections. Your vote will go a long way in preventing this new ruse being thrust on women and the world. To be informed is to be armed. So, get ready!!!

1 Response to DIY: NOT A HOME DEPOT PROJECT, EITHER!